The Chargers defense is a breath of fresh air for Bolts fans so far this season. In 2021 the defense was at the top of their list of struggles. They finished the season as the 31st rank run defense, and 19th ranked pass defense in terms of yards allowed per game. Head Coach Brandon Staley has been apart of some of the best defenses in the NFL at times throughout his career. He took full responsibility for how his defense played last year, and wasted no time improving it in the offseason. Here is the breakdown, and grade for the Chargers revamped Defense.

The Chargers defense so far through week two has drastically improved. Their run defense was a huge weakness throughout the entire season last year from week one to week 18. Now, it is sitting at number seven in terms of yards per game allowed at 71. This is due mostly to the completely new interior defensive line with players like Sebastian Joseph-Day and Austin Johnson plugging the holes. However, the front seven is seemingly being led by former Defensive Player of the Year Khalil Mack. Through two games, Mack has a combined 4 sacks, 4 tackles for loss, and a forced fumble. The speculation going into this season that Mack is a shell of his former self is being quickly shutdown.

The pass rush and the secondary seem to be playing synonymously as well through two games.  The Chargers were forced to play two high powered division rivals back to back this year. Being able to put pressure on Derek Carr and Patrick Mahomes has paid dividends to the secondary. The Bolts have been putting themselves in perfect positions to turn the ball over through the air and on the ground. In week one, the Chargers took the ball away from the Raiders three times through the air, and were able to cause three forced fumbles. Though, they had no such luck against the Chiefs on Thursday night. However, they were consistently in position to take the ball away but could not come down with it. Whether that be due to dropped passes, or penalties by the defense, that is the reason they are not an A+. 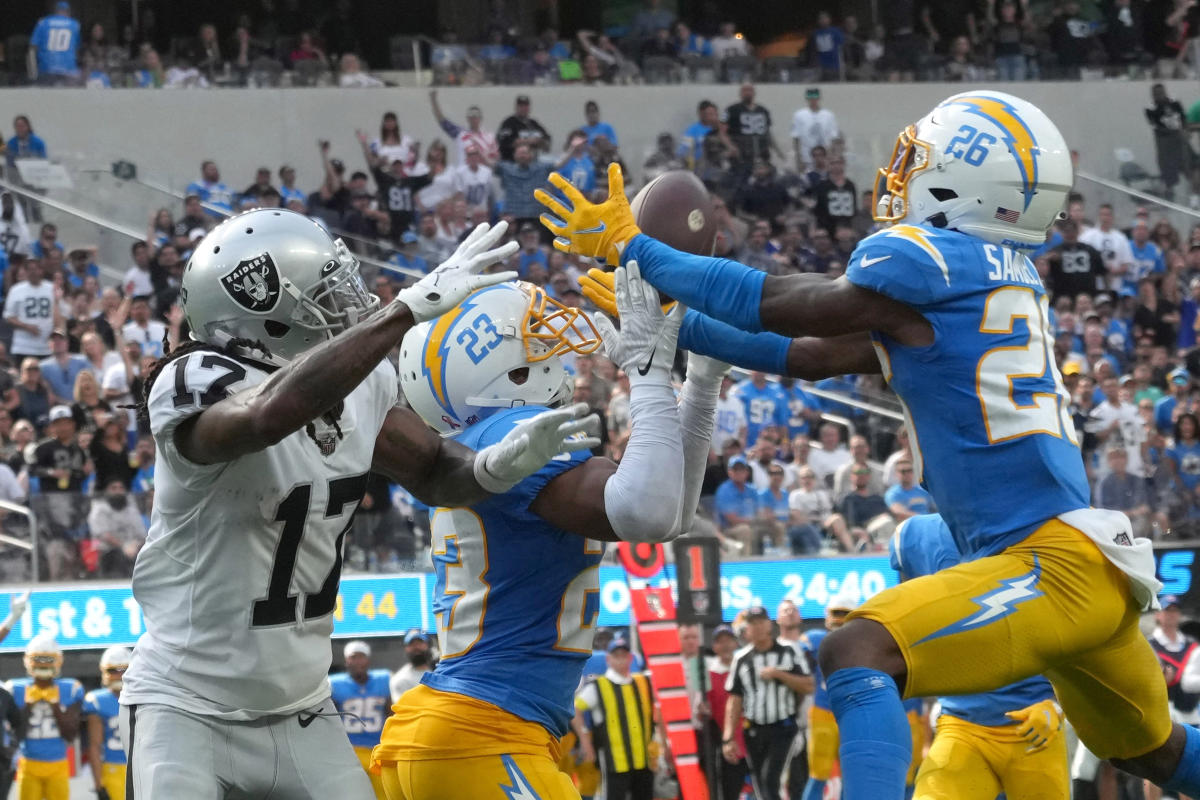 The Chargers defensive rookies JT Woods, Deane Leonard, and Otito Ogbonnia have yet to see the field. Nevertheless, this unit is still filled with young talent as second year Cornerback Asante Samuel Jr. continues to show signs of improvement. After winning the CB2 spot over Michael Davis, Samuel Jr. has had some tough assignments this season.

In week one he was consistently covering the Raiders superstar Wide Receiver Devantae Adams. While Adams did have an incredible game against the Charger’s secondary, Samuel was able to put up impressive numbers. He held his own only allowing a 54% completion rate with an interception. In week two those numbers dropped, holding his assignments to just a 37% completion rate, and 49 QBR when targeted. Samuel had some drops in this week two matchup that would have easily changed the tempo of the game. If he can clean those up, he is going to be a nightmare for opposing Quarterbacks. 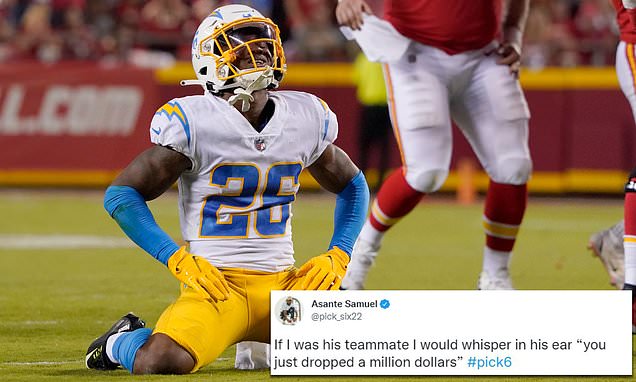 There is not a lot that the Chargers need to improve to be a scary defense for any team to face. Nonetheless, the team absolutely needs to capitalize on turnover opportunities, dropping five interceptions is not something you like to see, especially against a divisional rival as tough as the Chiefs. If they can clean this up, along with defensive penalties that have negated turnovers, no one will want to face a healthy Charger’s defense.

Check out the breakdown and grade for the Chargers Offense! Chargers Grade through Week 2: Offense