Amon Ra St. Brown, wide receiver out of USC, has a massive chip on his shoulder after being drafted in 2021. St. Brown was drafted with the 112th pick by the Detroit Lions, which did not sit right with him. After numerous NFL mock drafts were created for the 2021 draft, Amon Ra was a first-round pick in majority of them. When draft day arrived, Amon Ra sat patiently, waiting for his name to be called. However, after day one of the draft had concluded, his name wasn’t said. Surely St. Brown thought his name would be selected the next day in rounds two or three, he was wrong. It wasn’t until day three of the draft where St. Brown was selected by the Detroit Lions. After being a first-round projected player, Amon Ra took his fourth-round selection to heart.

Fourth round draft pick to the Detroit Lions out of USC, Amon Ra St. Brown.

In the 2021 season, St. Brown jumped into a starting role immediately for the Lions. As far as rookie campaigns go, he certainly had one to boast about. During the season, St. Brown caught 90 of 119 targets thrown his way, good for a 75.6% catch percentage. Amon Ra turned those receptions into 912 yards and five touchdowns. Out of all the receivers drafted in the 2021 class, St. Brown was fourth among receiving yards. Instead of letting his draft position affect him, St. Brown used it as an edge. He wanted to make these teams that passed on him regret their decision for years to come. 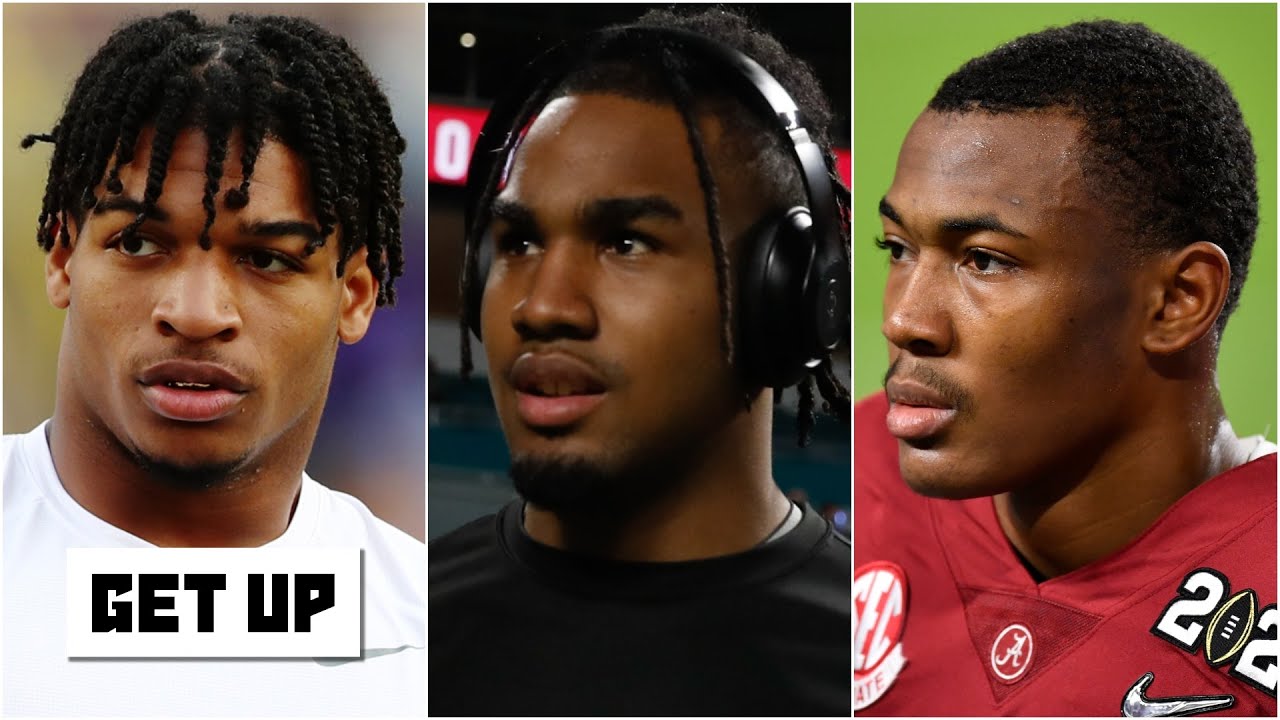 When the 2022 season started, Amon Ra wasted no time getting back into form. Through two games, St. Brown already has 180 receiving yards and three touchdowns on 17 receptions. After week one, St. Brown was interviewed on Hard Knocks and asked about his feelings on the 2021 draft. In this interview, Amon Ra rifled off 16 names off the top of his head, all receivers, taken before him in the draft. Ja’marr Chase, Jaylen Waddle, DeVonta Smith, Kadarius Toney, Rashod Bateman, Elijah Moore, Rondale Moore, Dwayne Eskridge, Tutu Atwell, Terrance Marshall Jr, Joshua Palmer, Dyami Brown, Amari Rodgers, Nico Collins, Anthony Schwartz, and Dez Fitzpatrick, listed in perfect order. 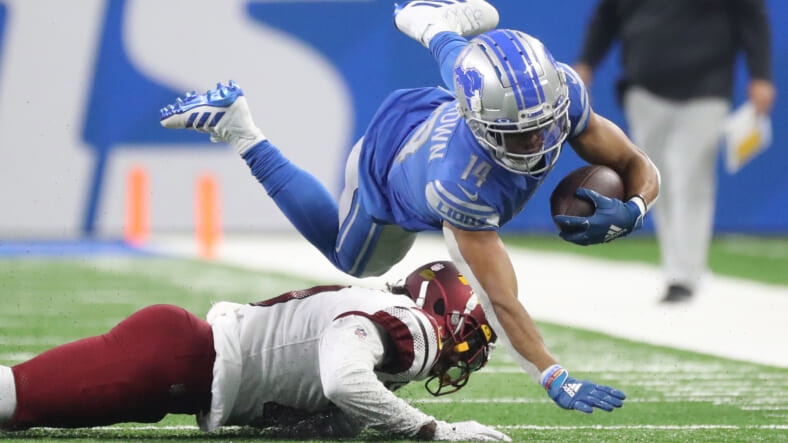 Amon Ra St. Brown after making a catch during their week two matchup.

During the first two games of the season, St. Brown faced both DeVonta Smith and Dyami Brown. In the game against Smith, St. Brown had 64 yards and touchdown to Smith’s zero receptions. While he said nothing about that, Amon Ra did have some choice words for the Commanders and Dyami Brown. In that game he had 116 yards and two touchdowns, while Brown saw little field time. After the game, St. Brown stated in an interview, “The draft, it is what it is,” St. Brown said. “Even the Commanders, they got a guy before me over there. I believe his name is Dyami Brown… I didn’t see him in the game much. Amon Ra has the potential to be one of the best receivers in the league year in and year out. With a new coaching staff and pass heavy game plan, the sky is the limit.

Nicholas Ferraro is a new hire in the Gridiron Sports community, recently being hired in August of 2022. He attended Western New England University and graduated with a bachelor's degree in Sports Management. His articles will mainly focus on the NFL and fantasy football.