Patrick Mahomes and Eric Bieniemy having some words before halftime👀 pic.twitter.com/g7aqsi0oQk

The Kansas City Chiefs entered week 3 on a high note sitting at 2-0 at the top of the AFC West division. A mouth-watering matchup was on deck with a 0-1-1 Indianapolis Colts squad that came off a goose egg performance against the Jacksonville Jaguars. In a truly ugly showing nearly across the board, the Chiefs were bested by the Colts 20-17. It all started ho hum for the Chiefs as quarterback Patrick Mahomes would find tight end Travis Kelce for a first quarter score. After running back Clyde Edwards-Elaire punched in a touchdown to make it 14-10 Chiefs, everything began to fall apart. 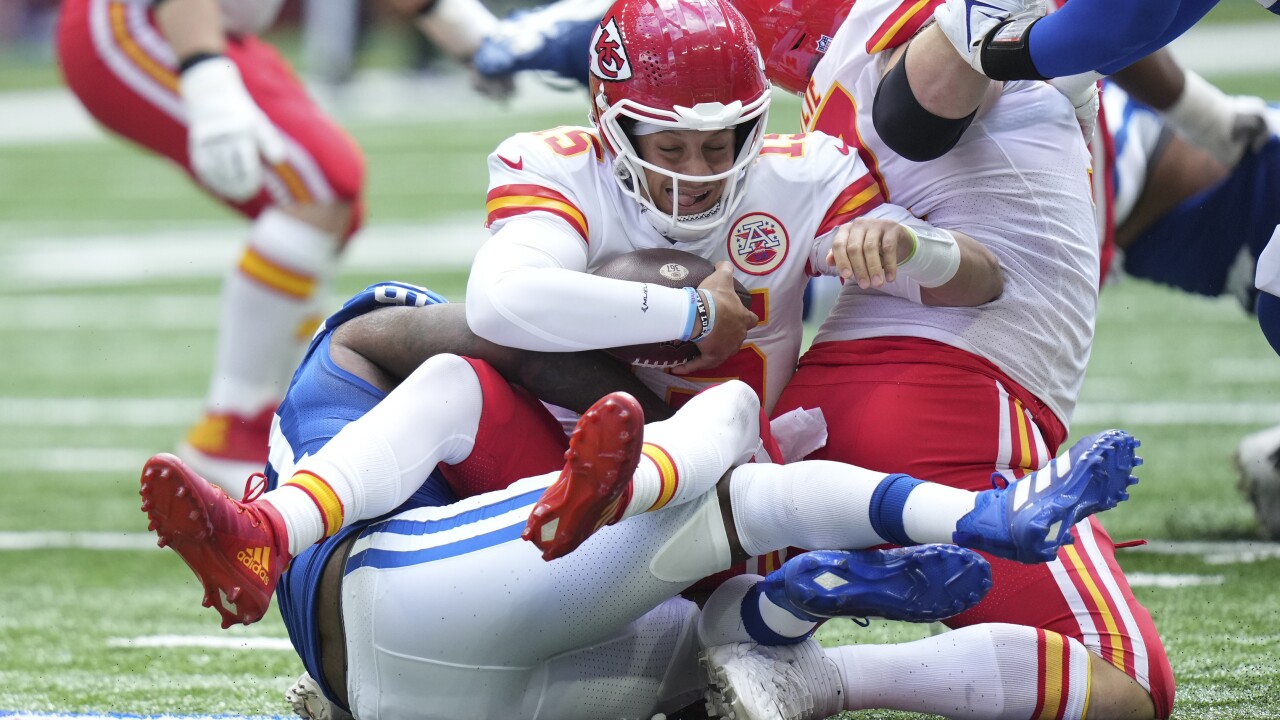 Kansas City offensive coordinator Eric Beinemy and Patrick Mahomes typically display as a match made in Heaven. That was not the case on Sunday. The Chiefs would get the ball back on offense with 34 seconds to go in the first half on their own 46 yard-line. After back to back incompletions and still 20 seconds to go Mahomes simply handed the ball to running back Jerrick McKinnon to run out the half instead of attempting a couple of deep shots down the field.

As Mahomes went to the sideline he displayed visible frustration with his offensive coordinator and the two exchanged words about the final sequence. Safe to say Mahomes had a point considering he is well Patrick Mahomes. It is never a good sign of things to come when your star QB and offensive coordinator are on different pages. It would set the tone for the Chiefs second half meltdown.

The ugliness of this game for the Chiefs was apparent on the first Colts punt of the game that was muffed by rookie Sky Moore and led to a quick Indianapolis recovery and score. Special teams miscues were frequent for Kansas City including subpar returning of kicks and missed kicks by fill in kicker Matt Amendola. As if those lapses were not enough the always sure-handed Travis Kelce dropped a go-ahead touch down.

Then the worst of all, the Kansas City defense stepped up and sacked Colt’s QB Matt Ryan to bring up a fourth down only to have it negated by Chief’s defensive lineman Chris Jones who was flagged for unsportsmanlike conduct. This gave the Colts a new set a downs that would turn into the winning scoring drive. Much will be debated on whether Jones should have received a penalty there. Regardless he is a pro, and should know better than to take any sort of risk of allowing an eager official to change the game. It was unacceptable and quite literally cost the Chiefs a win.

The Chiefs have no time to dwell on this ugly loss as Sunday Night Football and Tom Brady’s Tampa Bay Buccaneers await them. A major change that must happen for this squad is the coaching. The play-calling and time management was abysmal in the loss. Everything became predictable for the defense. Patrick Mahomes is certainly still trying to thrive in a post Tyreek Hill world. That means other playmakers have to step up.

This is not the Chiefs of a couple years ago and this team found that out the hard way. Screws must be tightened up immediately. I refuse to panic in week 3 of an 18 week season however. I certainly trust that the best quarterback in the game will bounce back quickly, but this loss is going to leave a dirty taste in the mouths of Chiefs fans everywhere for quite some time.